"As our market responds to rising interest rates and shifts in financial markets, same-month absorptions moderated to historical averages in April – achieving 30% at the end of the month. While market activity has shifted away from the all-time highs we saw last year, for those offering good product value, attractive incentives and flexible deposit structures, we continue to see strong market demand across Metro Vancouver.” 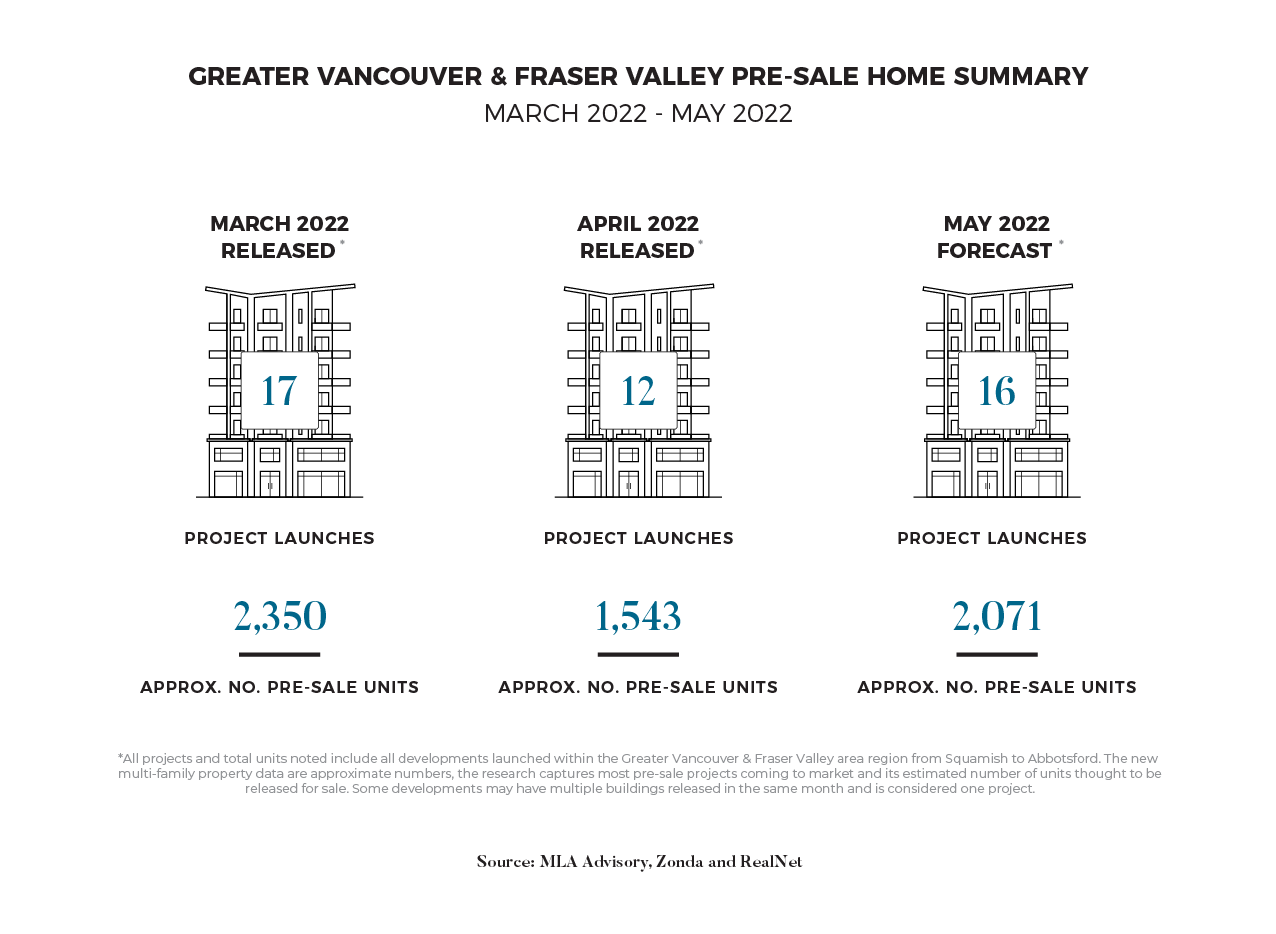 The presale market moderated across Metro Vancouver in April. While several programs received strong market interest, and achieved robust same-month absorptions, overall foot-traffic has fallen, and urgency to secure a home amongst buyers has decreased. As a result, same-month absorptions across Metro Vancouver fell to historically average levels. While rising interest rates have been a key driver of rebalancing market conditions in Metro Vancouver, government policy, rising inflation, and shifts in financial markets have also played their role in changing sentiment amongst buyers. Specifically, as it relates to new government policy, there was an immediate impact on pre-sales at the beginning of April as investors looked to understand how the new policies would impact their investment criteria. Overall, the coming months will serve as a critical transition period from the red-hot activity that has characterized the greater part of the last two years. 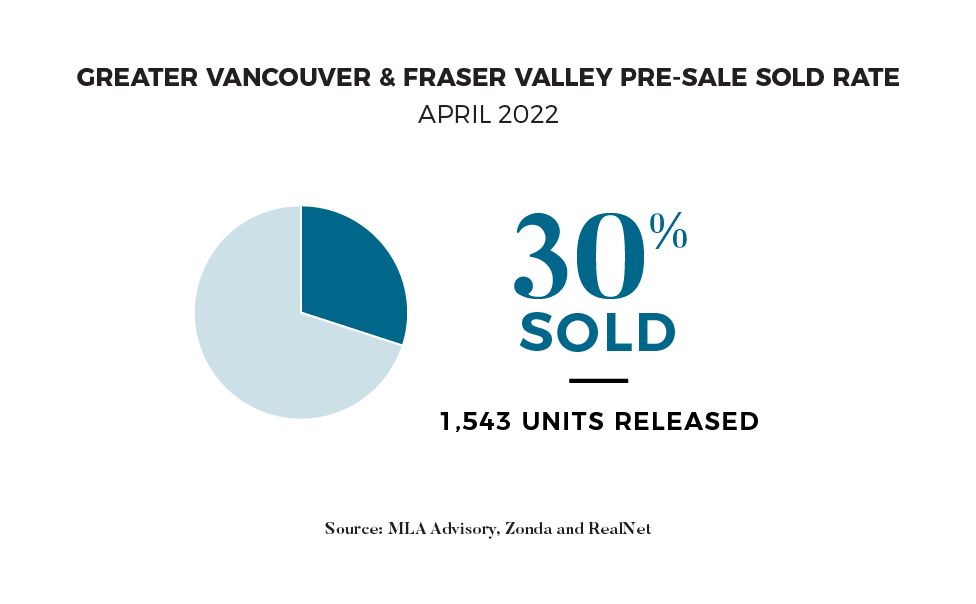 The Federal Government inescapably acted towards issues of housing affordability on a national level after years of scrutiny and continuous adversity from local populations. Although the intentions and overall objectives presented by the federal government is to de-escalate housing prices and shorten the gap between individuals who can rent versus own, many are skeptical if these new policies will in fact make a marginal difference.

Banning foreign buyers, curbing speculation, introducing a tax-free savings account for purchasing a home and new assignment policies are all part of a larger “cooling off” umbrella. The strategy is aimed to scale down increasing costs through factors often blamed for year to year increases especially in hot markets including Vancouver and Toronto.

The topic of foreign buyers and overseas investments has a been a topic of contention during the skyrocketing real estate market to a point where a national 2-year ban has been implemented by the Federal Government. These idealistic implementations are designed to curve foreigners. The foreign buyer ban will not apply to everyone, however. Students, foreign workers or foreign citizens who are permanent residents of Canada will still have the freedom to purchase homes.

Homes that have been purchased and held for less than a period of 12 months – also known as “flipping” for a profit – will now be taxed as business income in order to curb speculation. In addition, profits will not be eligible for either capital gains inclusion rates or the principal residence exemptions as were previously in place. Certain life circumstances, such as death, disability, new employment, births or divorce would warrant exemptions to selling a home with less than 12 months of ownership.

Residential assignment sales will now also be subject to GST provisions. The result is that the Assignor (Vendor) overall, will net less than the profit of the assignment itself. GST will not only be applicable on all assignment sales but also include sales on substantially renovated housing. The Assignor previously did not have to pay GST with the intention that they would ultimately reside in the property as their principal residence, however this enforcement does not prevent this proposition and enforces payable GST by the Assignor on any assignment amount.

Canadians will now also be entitled to contribute an amount up to $8000 per year in an account which provides them to save and invest funds to purchase a home. Unlike typical RRSP’s or TFSA’s, that come with some tax-restrictions, this new direction will foster a “tax-free in” and “tax-free out” program. Conclusively this will provide further tax-sheltering options for individuals to grow and save funds with the intention of purchasing a home. The program has a lifetime contribution limit of $40,000.

Overall, this is likely to add a new layer of complexity into the real estate market over the near- and medium-term. As Metro Vancouver’s market moderates, it's important that Canadians recognize how these policies will affect their real estate purchases.

STRONG LAUNCH ACTIVITY ANTICIPATED FOR MAY

Looking to capitalize on current market conditions, and to potentially get ahead of further rate hikes later in the year, developers are pushing forward with presale programs across Metro Vancouver. As a result, MLA Advisory anticipates 16 project launches in May that will release approximately 2,071 new condominium and townhomes units to market. Projects launching in May are offering enticing incentive programs to garner interest in their programs. This is especially true for product priced at top-of-market across Greater Vancouver, such as Executive on the Park, which is offering to cover the first 5-years of early-purchasers strata fees. Other interesting projects to watch include Band by Townline, which has been selling to friends and family and is actively preparing to launch, 1515 Rupert, which is the first townhome program to launch in North Vancouver in 2022, and Bastille by Porte Homes, which is beginning previews in May and is likely to launch in early-June. 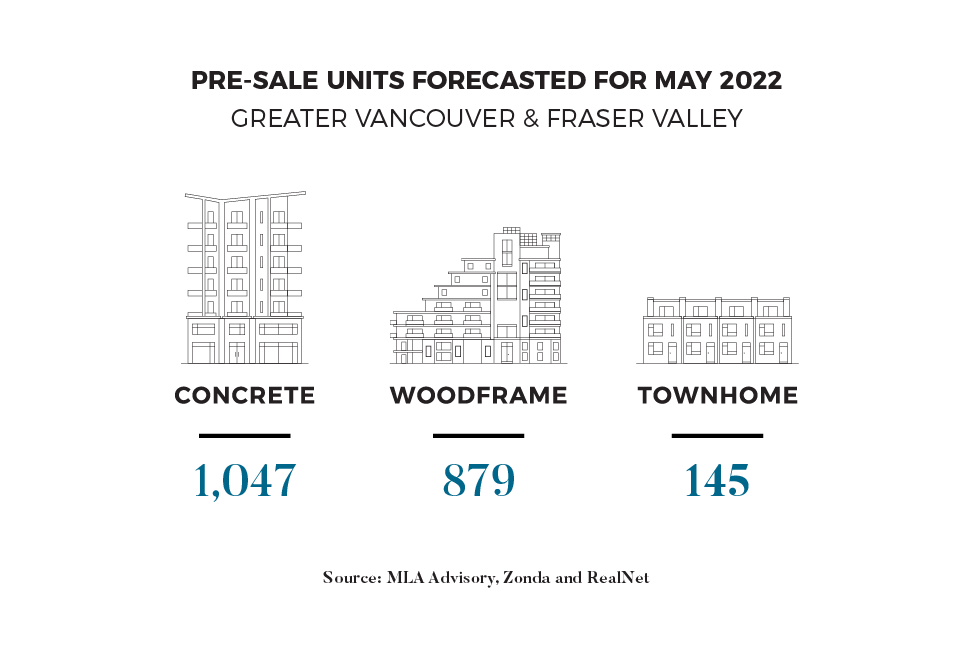 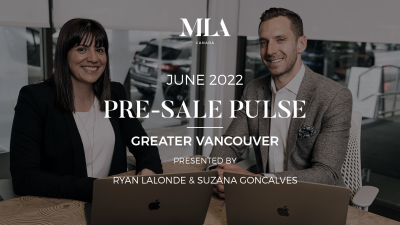 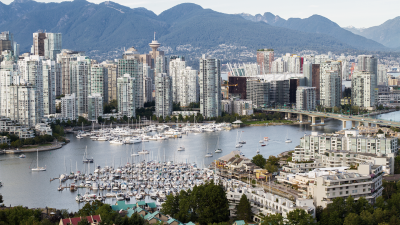 How Today’s Shifting Market Presents Opportunities for Developers and Homebuyers 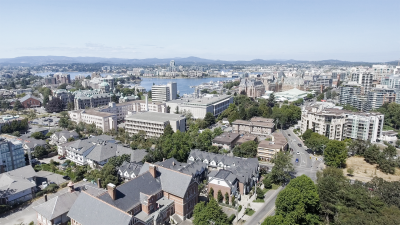