"The significant increase in inventory as well as same month absorptions has been a positive signal to the market that well-conceived projects are getting sales traction. While we expect continued pressure on both pricing and overall demand, we are seeing product, pricing, location, and offering terms as critical to master for success with buyers that can be selective."

A GAME OF CHESS, NOT CHECKERS

In an ever-tightening market, developers are being more strategic about when and how they bring their products to market. In the months leading up to a September launch, programs engaged with past purchasers and dug deep into their realtor database to maximize their presence in the market. Many programs also leaned on learnings from launches in the early-summer months, offering attractive purchaser incentives to achieve sales success and drive interest to their sales floor. In total, nine presale launches in September brought 1,135 homes to market. Same-month absorptions were 30%, rebounding from the decreased sales activity observed in August.

Recently, we've seen interest ramp up as we transition into the fall market. Sales conversions and foot traffic to our presentation centers was several times greater in September than in August, and we expect October to follow this trend. 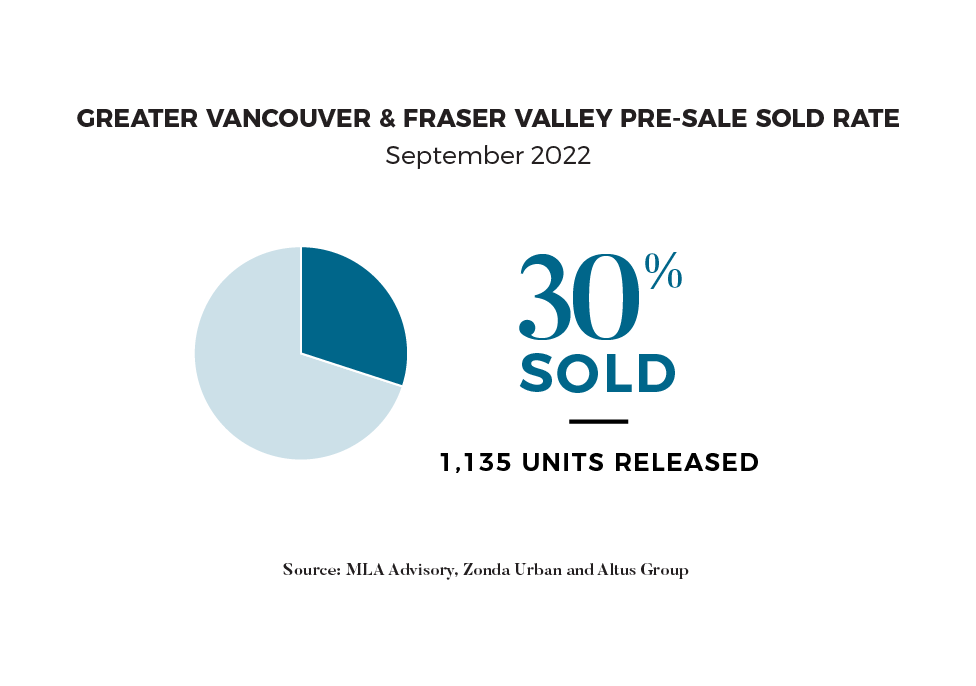 As of August 2022, Canada has opened its borders to 300,000 new permanent residents this year. At the current rate, Canada could exceed its target of 430,000 new immigrants in 2022, surpassing records set in 2021. India has been the largest source of new immigrants to Canada since 2017, making up 29% of all recent immigrants this year. Not far behind India are China, the Philippines, and Afghanistan, bringing in the largest amount of permanent residences to the country. As part of its Immigration Levels Plan, the Federal Government has set a target of 1.3 million new residents in Canada by 2024. Though we're currently in a tight labour market, an aging population and lowered birth rates suggest that increased immigration will be paramount for the country's long-term economic health. Within B.C., immigration has played an integral role in creating the rich cultural tapestry that makes up many of our major cities. Given that approximately 78% of B.C. immigrants move to Metro Vancouver, this immigration target will require more housing to support demand and increase the pool of potential purchasers.

We expect twelve presale programs to launch in October, bringing 1,622 units to market. The programs include several significant launches in Burnaby, West Coquitlam, and Downtown Vancouver. We're seeing established, well-capitalized firms take a long-term view of the market, preparing to launch regardless of short-term market conditions. These programs benefit from having more flexible financing requirements and potentially having a longer buildout if part of a master-planned community. Even if presale launch activity decreases in 2023, these programs will be supported by decreased competition in an already low-inventory environment. 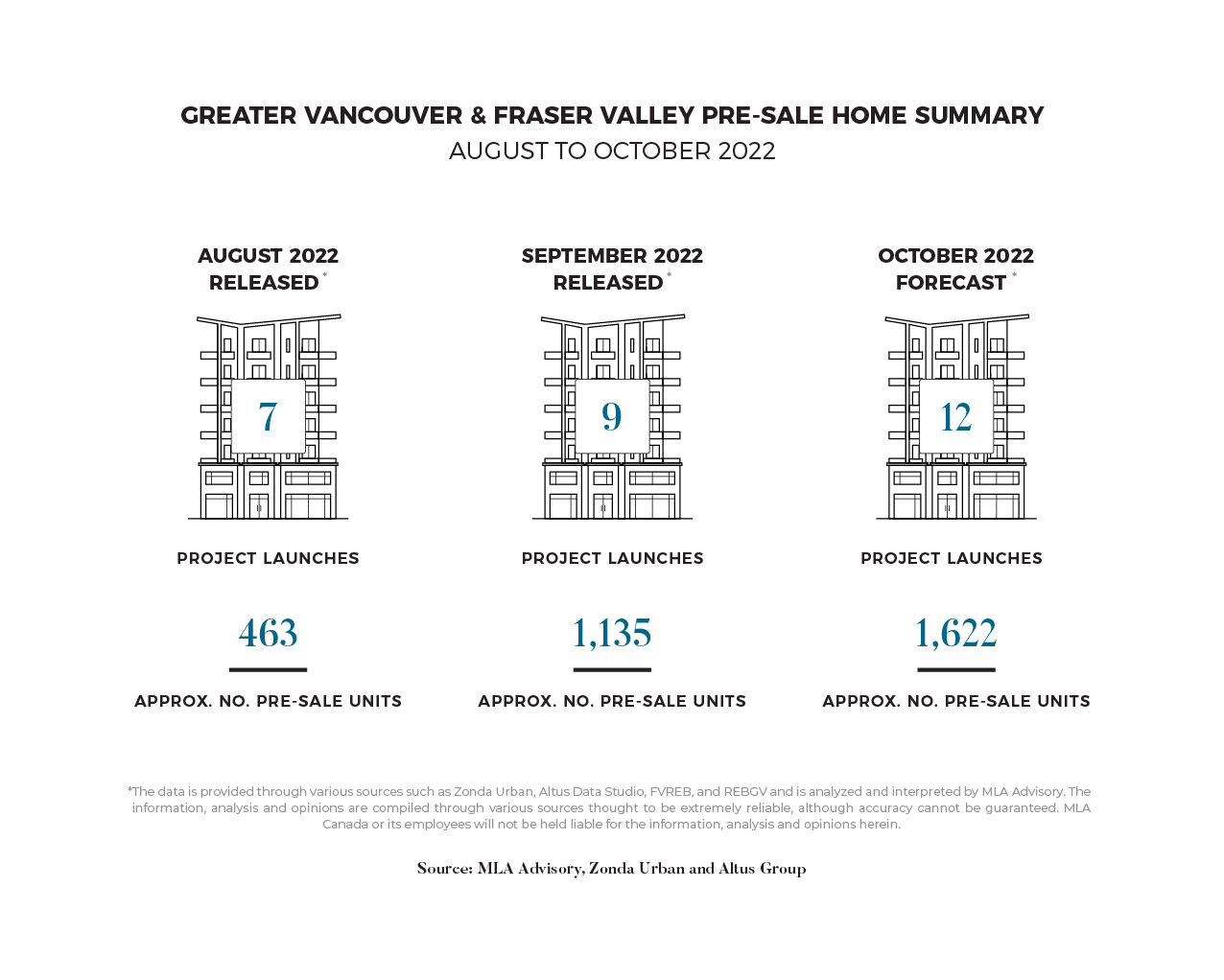 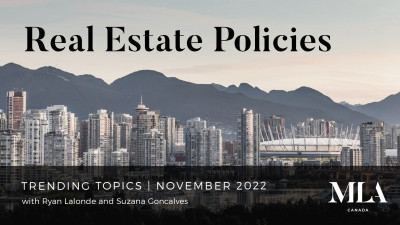 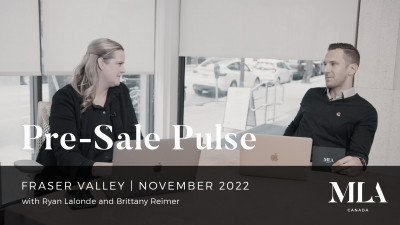