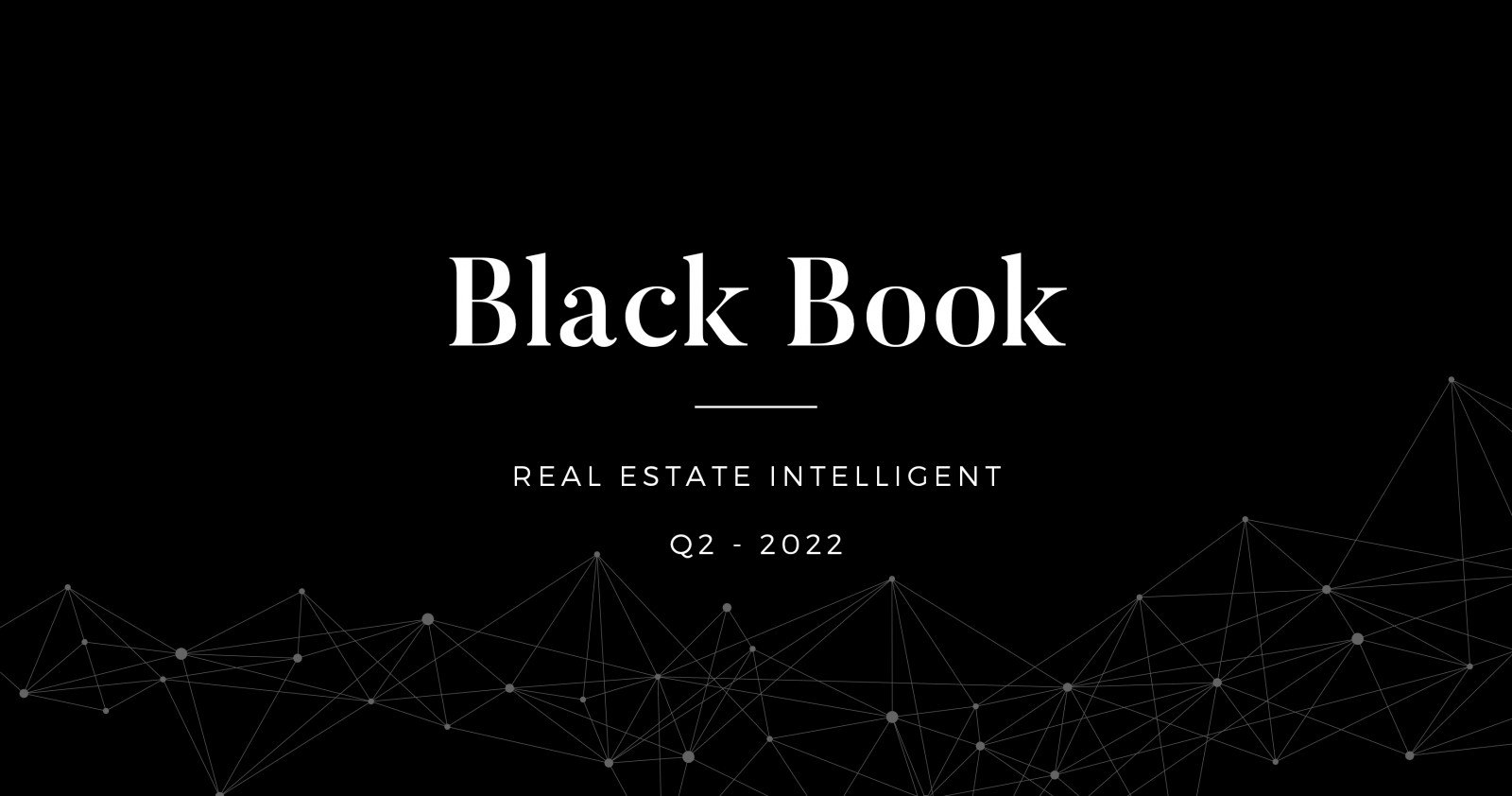 The MLA Black Book is a quarterly detailed overview of the pre-sale real estate marketplace spanning the Greater Vancouver and Fraser Valley regions. This market intel is brought to you by MLA Advisory and covers pre-sale sales results, including active sub-markets, development and rezoning application activity, project launches, and upcoming releases to look out for in the next quarter.

The rhythm in Metro Vancouver’s presale market saw a change in tempo at the end of March. The torrid pace of sales over the first quarter led to slowing absorptions across Metro Vancouver due to rising inflation, increasing interest rates and buyer hesitancy. In total, 5,895 condominiums and townhomes were released into the market, 39% of which were absorbed. For reference, 4,644 homes were released in Q2 2021, absorbing 2,631 (57%) over the same period. 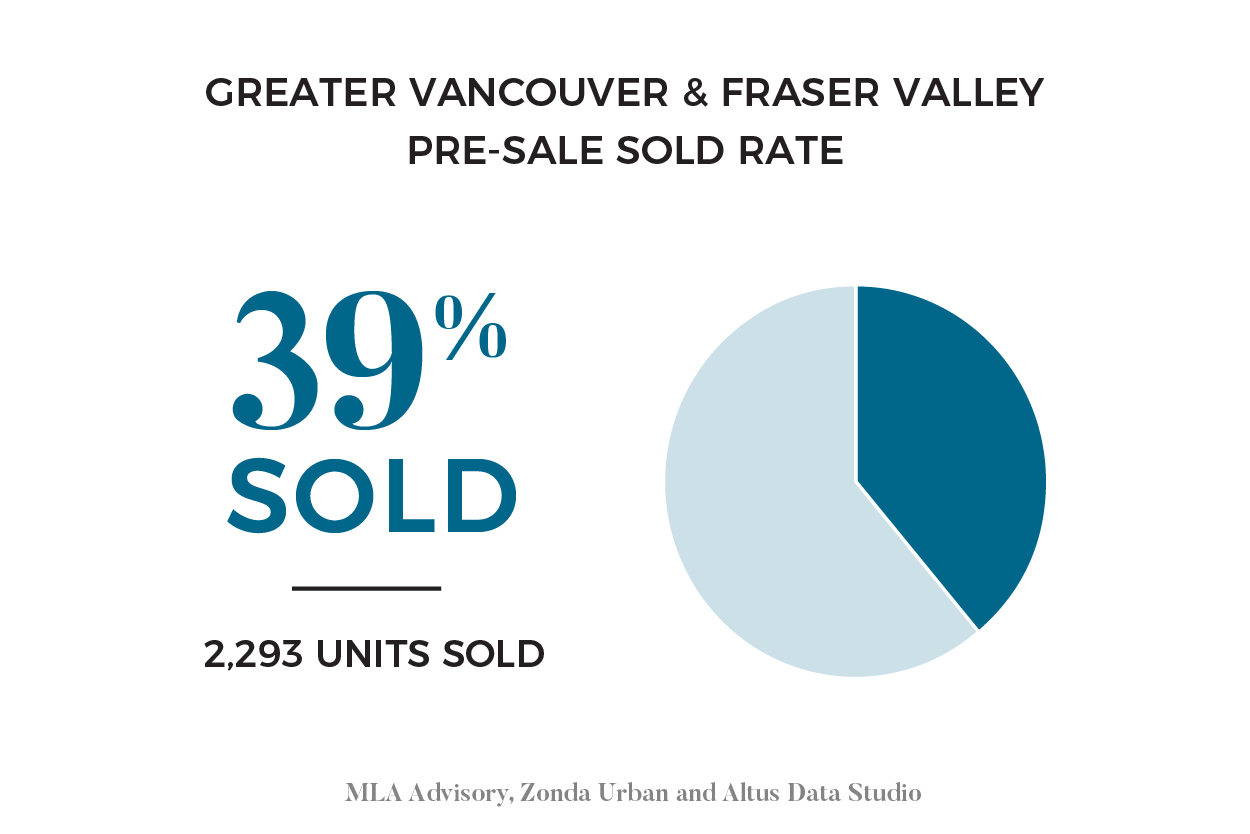 In recent months, we’ve seen buyer composition change in Metro Vancouver. In many markets, end-users have taken the mantle as the predominant presale purchaser, eclipsing investors as the most active buying group in the Lower Mainland. As a result, recent project launches that have seen the greatest success across Metro Vancouver are those that have been able to strike a chord across these two buyer groups, offering a strong case for investors while having the features and amenities that support livability through thoughtful design. 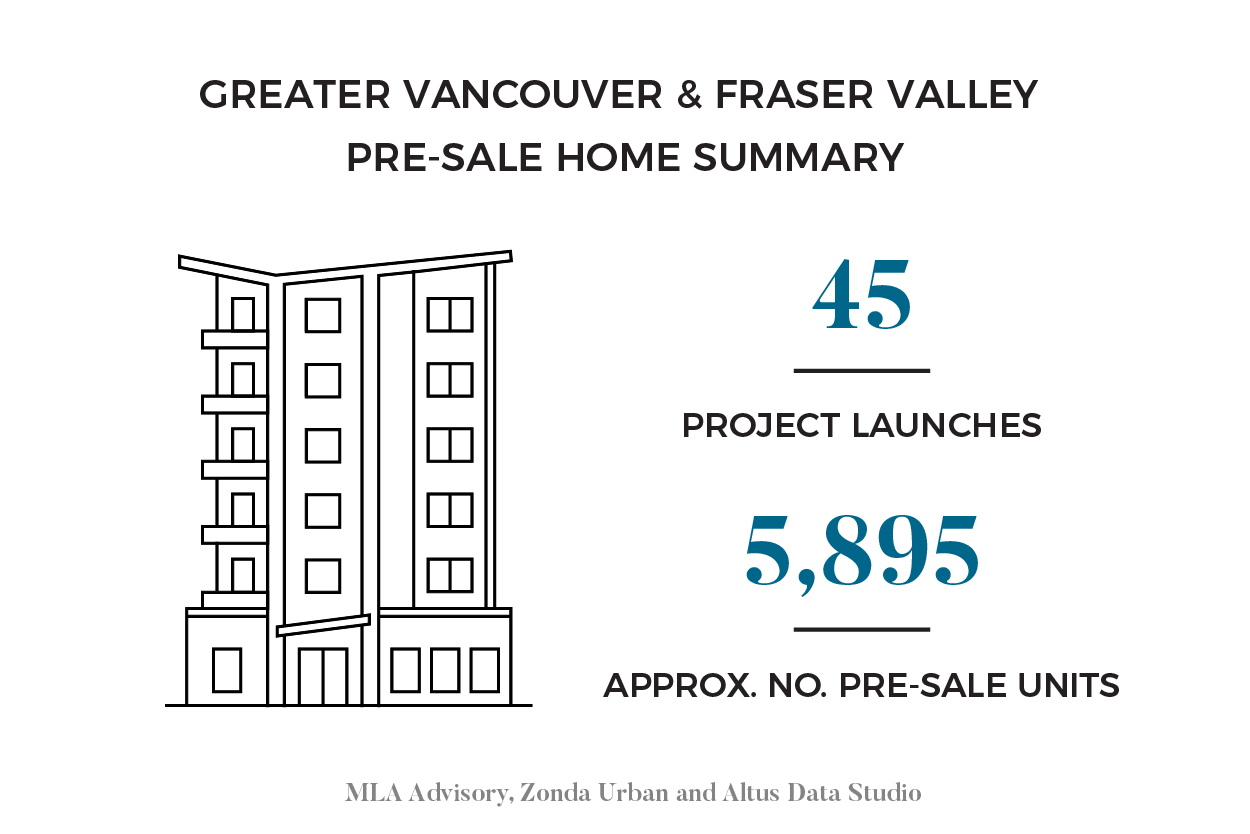 Based on current variable mortgage rates, purchasing power has declined upwards of 20% since the beginning of the year. To combat this, developers have reduced deposit structures and increased their incentive programs. As we’ve transitioned into a rising rate environment, developers have also been proactive in preparing buyers who may not be educated or prepared to navigate our changing market. Including encouraging buyers to work with lenders offering 24-36 month rate holds and hosting events that connect homebuyers with mortgage lenders. Podium by Whitetail Homes in Maple Ridge is notable for its ‘Project Alpha’ - offering $1 deposits for well-qualified purchasers prepared to put a collateral mortgage on an existing home.

With all this in mind, there is reason to be cautiously optimistic about the months ahead. Annual inflation was 7.6% in July, slowing for the first time since June 2021 and giving first signs of moderation. After this most recent rate hike, easing inflation and greater certainty surrounding rate increases will likely recondition buying behaviour, supporting improved market conditioning in mid-to-late 2023.

For information on active sub-markets, development and rezoning application activity, project launches, and upcoming releases to look out for in the next quarter download the report. 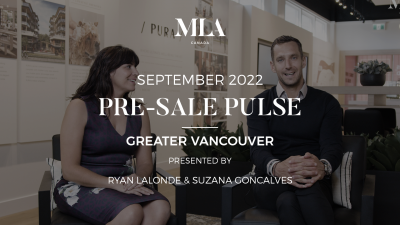 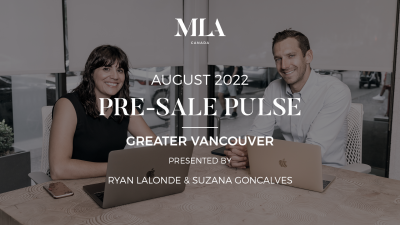 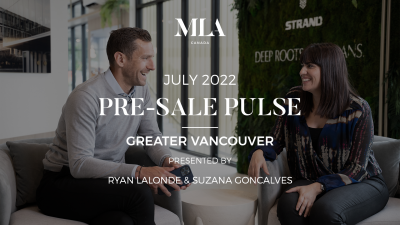